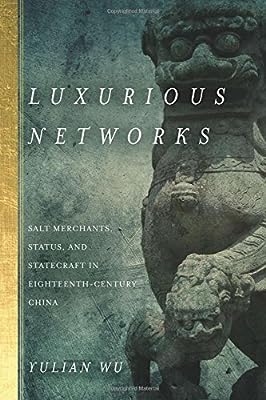 Luxurious Networks examines Huizhou salt merchants in the material world of High Qing China to reveal a dynamic interaction between people and objects. The Qianlong emperor purposely used objects to expand his influence in economic and cultural fields. Thanks to their broad networks, outstanding managerial skills, and abundant financial resources, these salt merchants were ideal agents for selecting and producing objects for imperial use. In contrast to the typical caricature of merchants as mimics of the literati, these wealthy businessmen became respected individuals who played a crucial role in the political, economic, social, and cultural world of eighteenth-century China. Their life experiences illustrate the dynamic relationship between the Manchu and Han, central and local, and humans and objects in Chinese history.

Introduction to Computer Networks and Cy...